Can Slopes import my data from other apps or devices?

Yep! Along with being able to use Slopes to record, you can import data from other devices and apps. Slopes supports the common GPX file-format, and some app-specific formats too.

Here's how to import a file into Slopes:

If you record your days skiing and snowboarding with a Garmin watch then you can enable Slopes' integration with Garmin to get that data added to your Logbook. Once set up, not only will future recordings automatically sync to Slopes, but after completing the one-time authorization in your Slopes account, we've made sure the last 5 years of your Garmin snow history will be imported (ignoring any duplicates of data already in Slopes). Note that if you don't already have one, you will need to set up a Slopes account for the integration to work.

Here's how to enable the Slopes x Garmin integration: 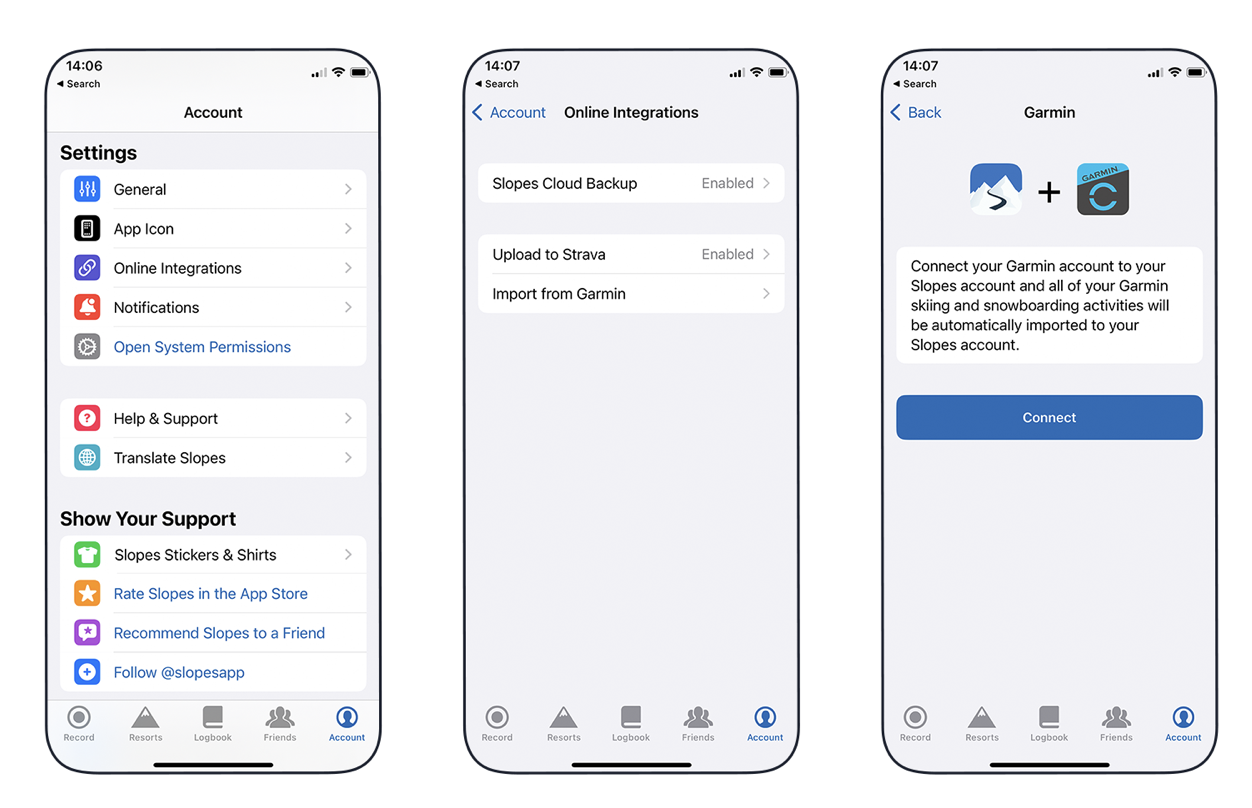 Files exported from Ski Tracks in the .skiz format can be imported to Slopes. 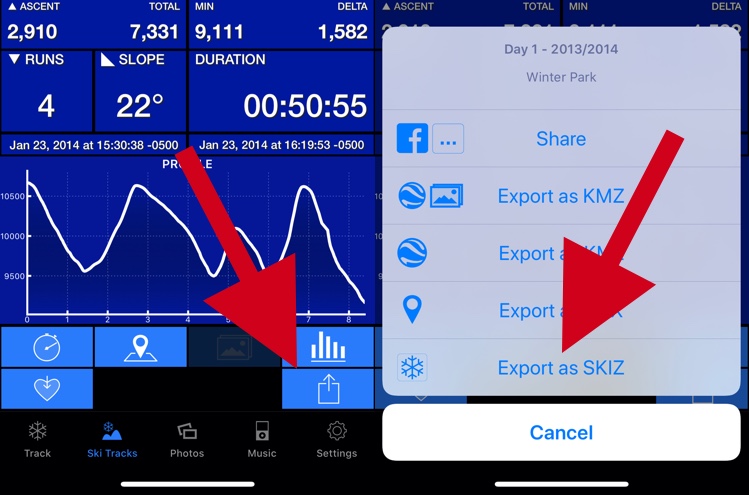 Snoww lets you export to GPX, which Slopes can import. 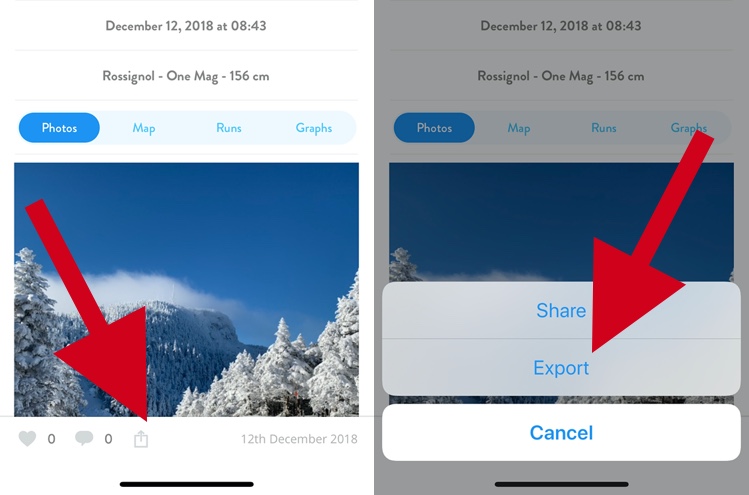 Sadly, as far as we are aware SnoCru does not provide a way to export your recorded data.

Trace can export GPX via their web interface. Head to http://snow.traceup.com/settings/gpx, log in, and then you can pick which days to export.

GPX files are commonly exported from other stand-alone GPS devices (such as a Garmin). Note that the file needs the following data to be included: latitude, longitude, altitude, and time. Data accuracy is improved if the file also contains vdop and hdop (vertical and horizontal accuracy) data.